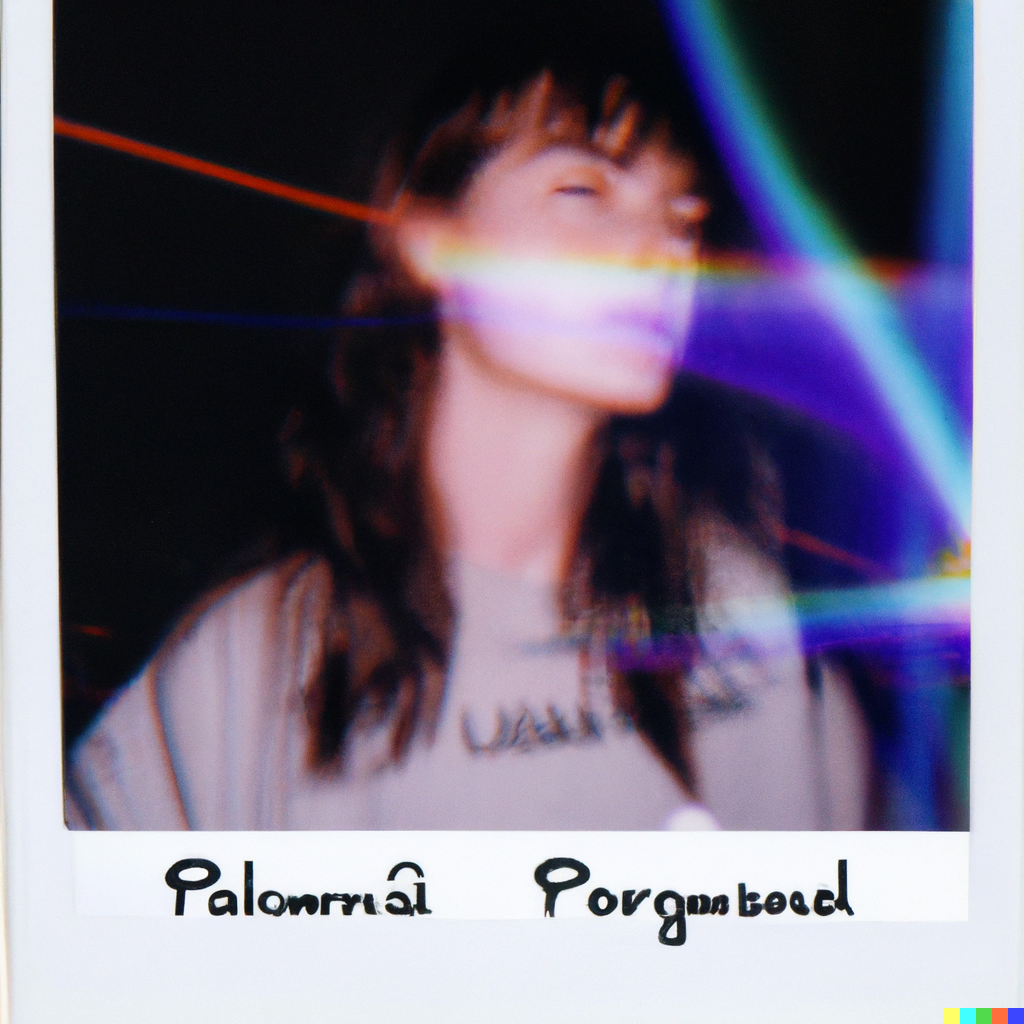 In 199X when I was introduced to my first computer I was floored with everything I could do with it. One of the most amazing things it could do was talk to people all around the world. It was similar to a telephone- but there was something so different about it.

With a telephone I needed to know somebody's number. I suppose I could dial random numbers and just chat with whomever answered the phone but I don't think most people would like that much.

Chatrooms allowed me to do something I hadn't ever done before- enter a physical space full of strangers with the intent of talking to everyone there. I could do a lot of the same stuff that I could do in real life with those strangers- play games, make jokes, share stories and pictures- but there was something different about it. Also I was like a child so I probably wouldn't meet any of these people, let alone be able to talk to them.

All of my life there has been a stark difference between being online and being offline. The reason for this is friction. 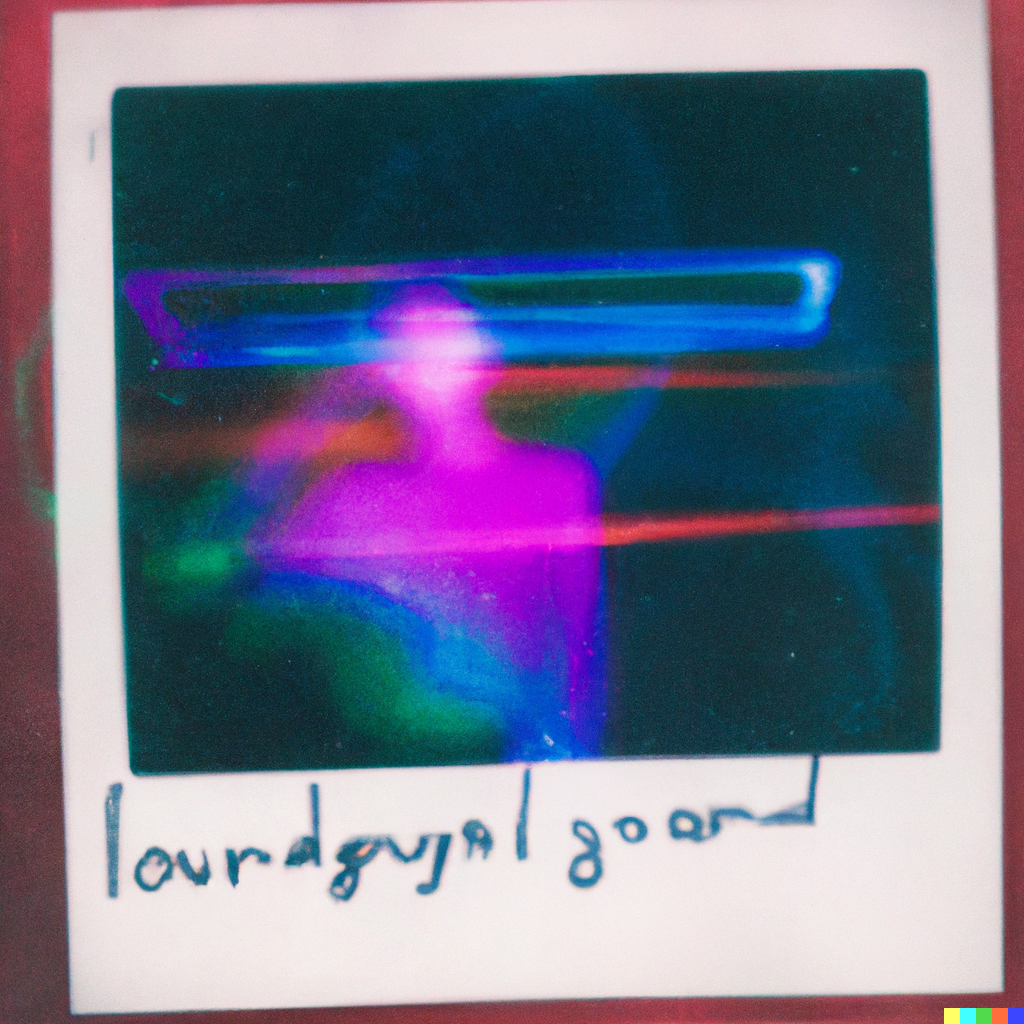 In order for people to get online there is a certain amount of friction they must overcome before they transition from being offline to online. In 1999 this was logging into the World Wide Web. You had to make sure nobody was using the phoneline in your house because if they were then you wouldn't be able to get online. Then you had to wait for your computer to dial out, receive confirmation to connect to your internet provider's server and then wait for the connection to be established.

This could often take up to 5 minutes or more. Once online things loaded quite slowly, so webpages rarely had many moving parts, and the moving parts they did have were fairly simple. Not to mention that if somebody picked up the phone during your internet time, you were kicked off immediately and had to connect again.

This didn't deter me from using the internet, in a way it was more rewarding once I did log on.

Fast forward to 202X and this friction has been severely reduced. I am seemingly always logged in to the internet, I'm always accessible.

*bloop* a notification pops up reminding me my dog needs to get her vaccines and *bloop* my dad liked somebody's facebook post.

Am I online or offline? In 202X the question is much more difficult to answer.

There is still friction to getting online. Some places and people have much more friction, but internet use is becoming quite ubiquitous. I still need to lift my phone to know what is going on online. There is still a kind of, looking into to the internet to view it, even if I don't have to wait 5 minutes anymore. We refer to things we 'saw online' and having the need to 'touch grass' to go offline.

Eventually there will be a day when there is no friction left between being offline and online and this is called being postdigital. 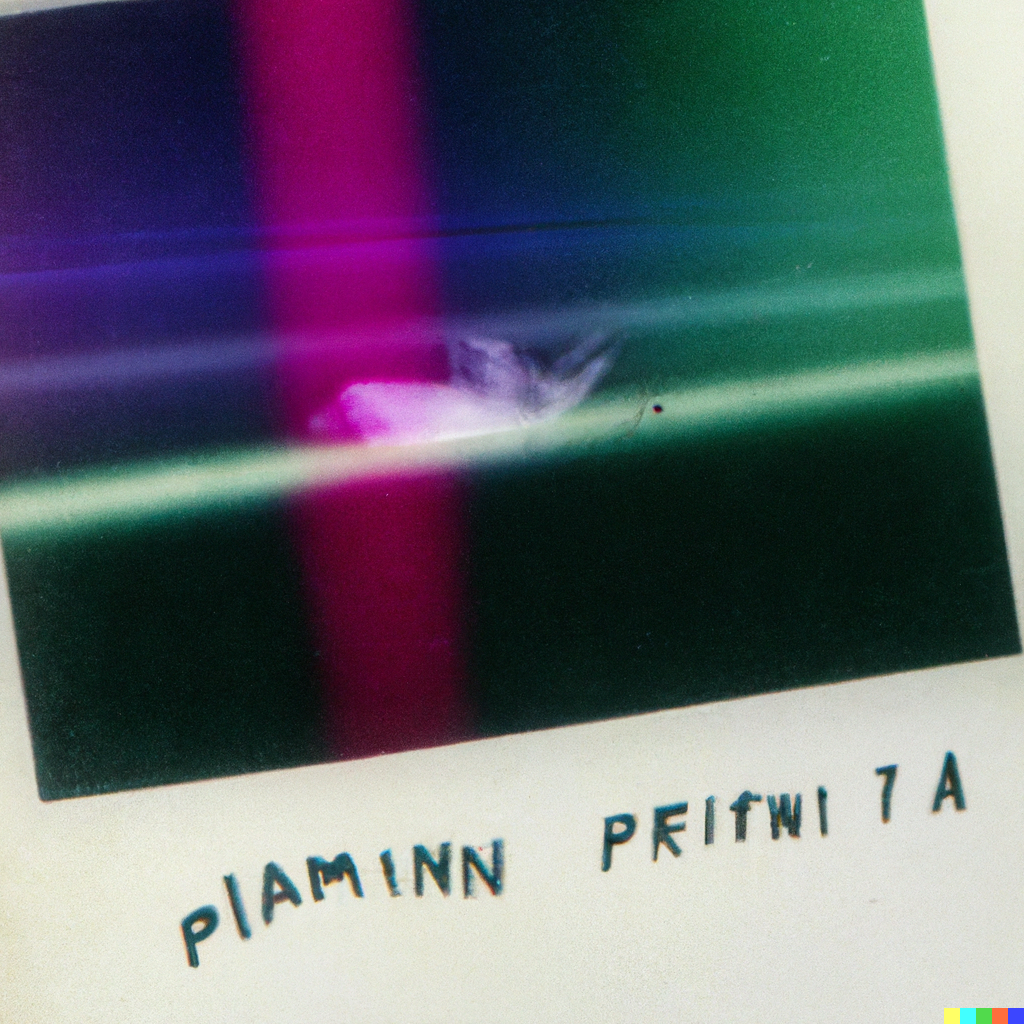 The terms offline and online will have no meaning in a true Postdigital age so please keep that in mind. I will not attempt to ascertain the 'real world' in the Postdigital age because reality will be submerged in both the online and offline worlds.

There are very interesting questions to be raised in such an age that I would like to discuss further. 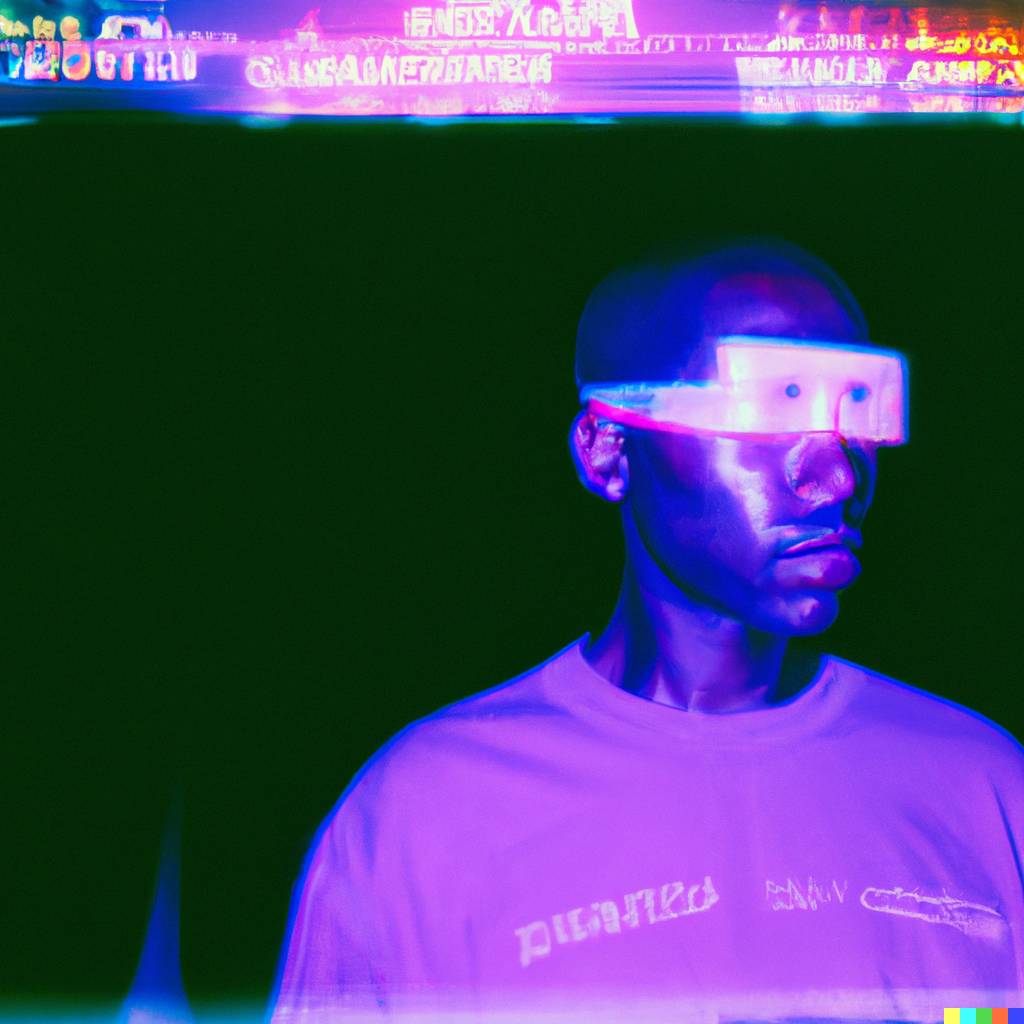 Oh boy I'm adding more big words. If Postdigital means a world where the line between offline and online has vanished, Postdigital Materialism attempts to understand the importance of material objects once this line has vanished. Let me explain myself.

At our current state of the internet there are NFTs. These are objects that exist in the digital world that attempt to break down the wall between being offline and online by having value that extends into the offline world. NFTs are not the first 'Online Objects' to have value outside of the internet, but they are the first real attempt to institutionalize their value.

Memes, viral trends, funny videos, slang and more have all extended from online to offline and have had massive impacts on the offline world. In a lot of ways the online world is just as important as the offline world when it comes to the meaningful exchange of ideas. What it lacks in exchanging in and of itself is monetary value without referring to offline entities.

You can buy anything online, but you'll have to use a national currency that exists in the offline world to do so. Then an offline person will need to deliver the package to your offline home. In our current paradigm we cannot exchange digital goods without referring to offline goods. When we do this, they have no value outside of the online world and thus are merely digital.

NFTs attempt to break this down by allowing users to conduct entire transactions online without the use of an offline bank, an offline good or an offline wallet. But there is one issue- NFTs are only valuable because of the money they provide to the offline world. Eventually an NFT must have value in the offline world in order for it to have value online.

This is not an issue in a Postdigital world as there is no more line between offline and online. NFTs would exist in the offline world and could be purchased with a value in the online world.

This is not an essay about NFTs, but it would be incorrect not to elaborate on the difference between an NFT and what we can call a 'digital object'.

In a postdigital age, there will be no digital or offline objects- merely objects.

The issue then is how to value these objects when they can be endlessly replicated. Will you be able to purchase a backpack and receive it instantly and infinitely?

My goal isn't to talk about commodities but more of the value of digital objects that represent offline objects in a postdigital age. Let me elaborate. 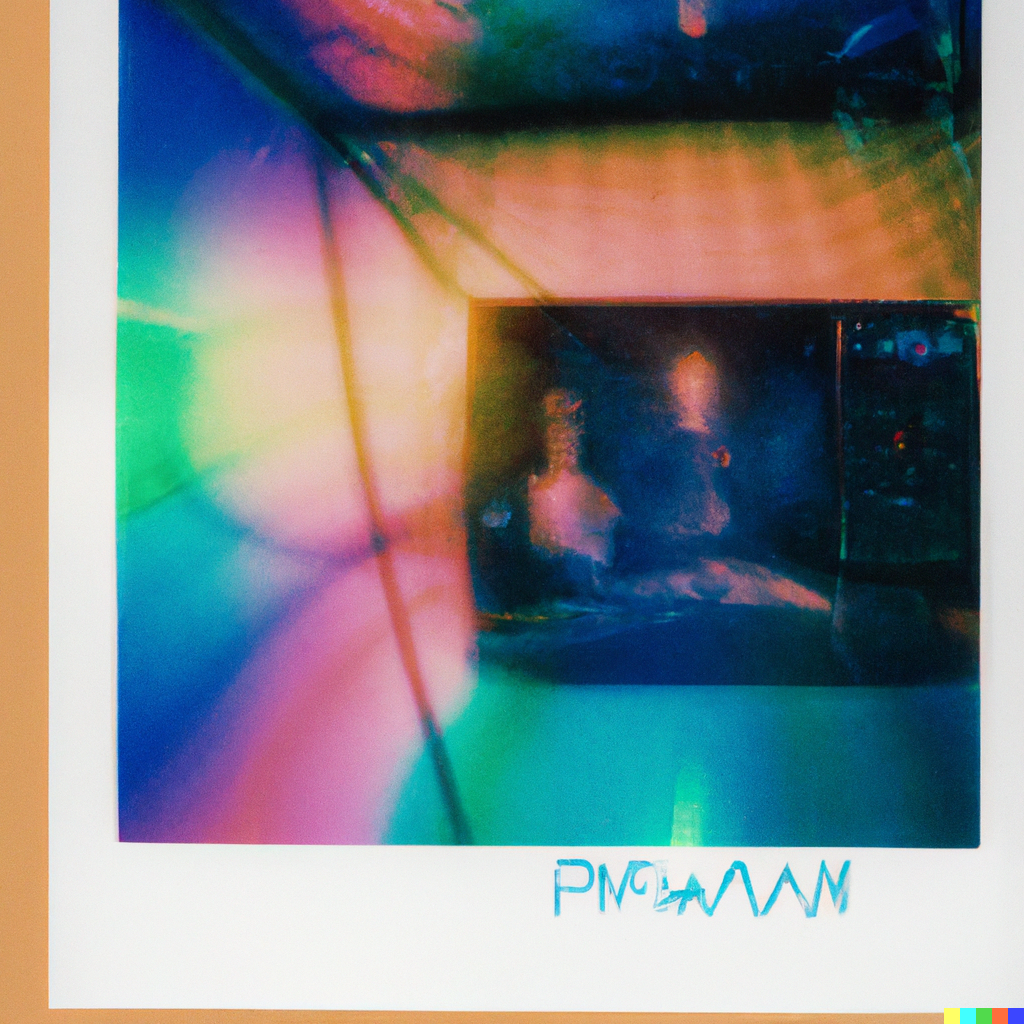 The year is 2022. You visit an online museum and look at the paintings. These are extremely high-quality, high-resolution images. You can rotate the images, zoom in to the see the artist's brush strokes. This is a digital replica of the art. But you know it holds no value. You could print it out and hang it on your wall, but nobody would be impressed.

There is no difference between the two except one is offline and the other is a representation of the offline; a digital shadow. It is the same in form but not in value. What's going on here?

Nicole Meehan writes, "is the digital museum object always a 'representation'? can it possess none of the qualities of its physical counterpart (if it has one)?"

They conducted a study to ask people what the difference between these objects were. Most people said the original offline object is most valuable object. No surprises there.

Then they asked museum curators what they thought the difference was. One response was that the digital object is not able to be touched, held, smelled. The difference is we cannot use all of our senses to witness the object.

But there is value in the online replica- the offline painting could be lost in a flood, or go up in flames and the only thing we would have left is the digital. Would it's value increase then? Once the digital shadow no longer refers to an offline object? No- at least not its monetary value. It's educational value and cultural value may increase.

It is difficult to understand the importance of offline and online objects in a time before a Postdigital singularity, but we already have Postdigital experiences all of the time. 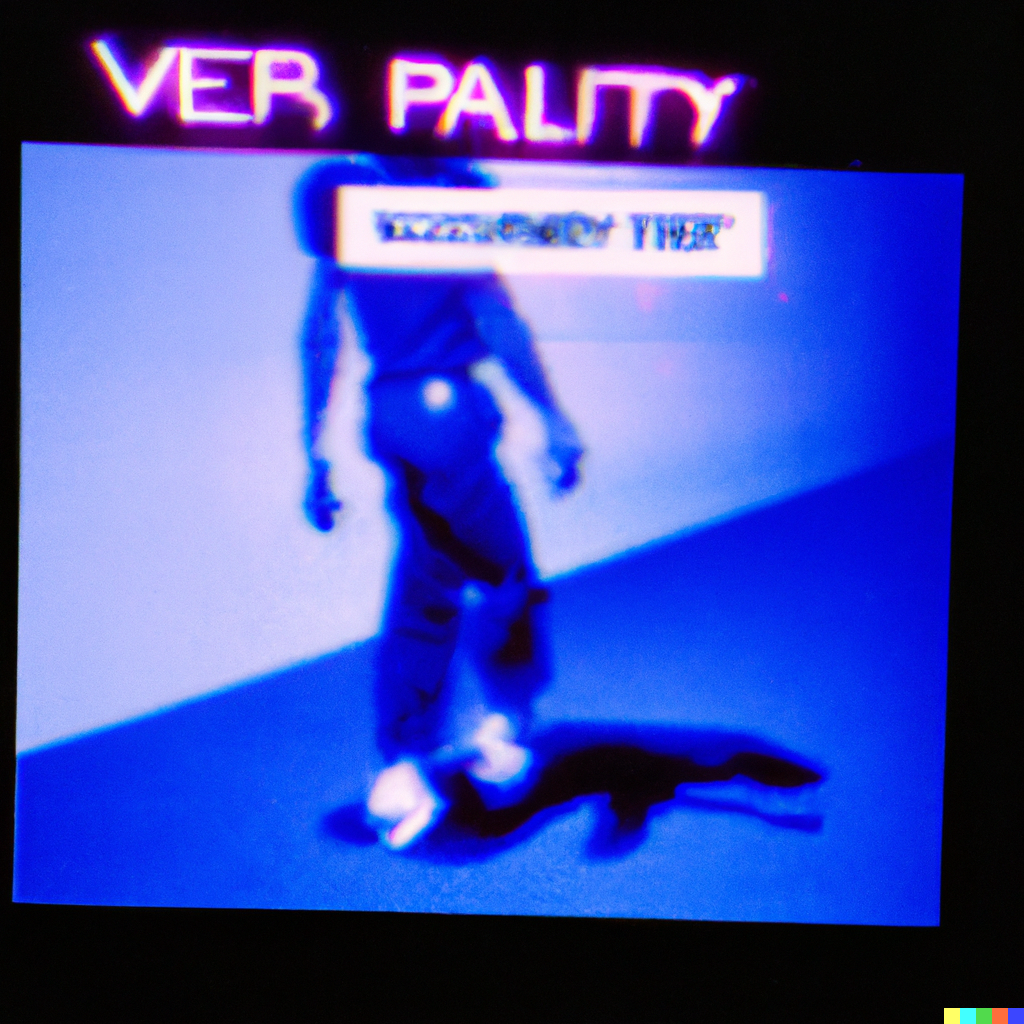 When I was 12 I found an AIM chat bot that could be used to trick your friends. How it would work is you give the bot a username and password of a throwaway account and then the username of the person to prank.

I accidentally gave the bot my account. Turns out it didn't just use that throwaway once, it uses it ALL of the time. So before I knew what happened I logged in later that day and got a message from somebody I had never heard of.

Her name was Supabugz and we talked ALL the time off and on for about 4 years. We were Myspace friends, then FB friends and had a lot in common!

I made many friends online that impacted my offline life and experiences and memories but do 'online friends' have as much value as 'offline friends'?

If we apply the same idea as the online and offline objects we would say 'of course not!' but notice there's something different about relationships online- they aren't valued in the offline world the same way that objects and commodities are.

Friends aren't object that you can take to the Antique Roadshow and get evaluated... they are invaluable. Memories made online are just as real as memories made offline because their value is not monetary.

In a Postdigital age online friends and offline friends are just friends. That chatroom I entered is just a room with people in it. The value of the online interactions are just as valuable as the offline interactions... but there is one more thing that makes these different from NFTs... memories are NOT infinitely recreatable. You can't copy and paste a memory made online- because the memory is stored offline... in your brain. 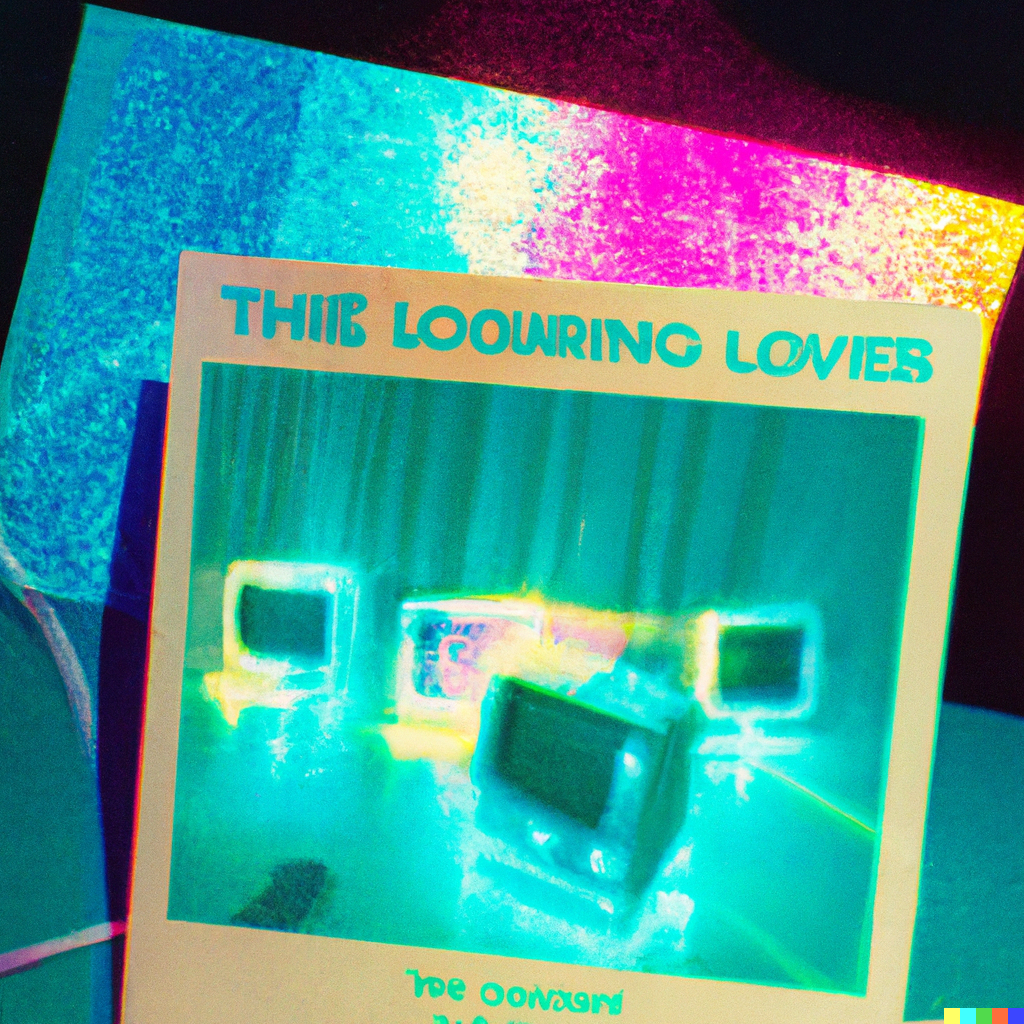 Being Postdigital sounds like something folks in the Yesterweb would enjoy. We love being online- so why aren't we excited about the pushes towards a Postdigital age?

NFTs, The Metaverse, Virtual Reality- all pushes to create a postdigital age where the friction between online and offline is zero.

Any good Communist knows that people are reflections of their circumstances- of their material reality. We are already bombarded with advertising, notifications, pings to shape our reality and to shape our wills.

The postdigital age will be more insidious than our current one. If online and offline become one it will be difficult to understand what is our individual will and what is the will of those shaping our realities- it is already difficult to know.

We must make sure that the future of the internet continues to democratize rather than consolidate into the power of the few.

All of the photos in this submission were generated by an AI. Even the seamless tiled background is AI generated. Even the anime hologram girl above.

Our reality is constantly being shaped by those with the tools to do so. Media, News, and every day the internet becomes more artificial.

All of the images above were generated by DALL-E 2, an AI that was trained to be able to generate high quality images based on the text it's been given. Almost every image above was given the prompt- "1990s polaroid of a hologram living in old web cyberspace dreaming, bright colors"

Human artists will need to make a drastic change in the kind of art they create in order to stay competitive with AI. I personally believe this will manifest a second expressionist movement in which human expressionism can be seen but cannot be distilled very well into text that can be given to an AI.

Which raises one last question... when everything is online and offline and the line has been severed... which will be more real- artificially generated content or human content?

Was this article created by Auzzie Jay?